Book this trip >>
Price From: 950$ per person
based on 2 sharing a room in low season mid week (Sat-Wed).
included in the price: Click to book
Call our 24/7 customer service:
+972-72-393-1583
Or
Click here to contact us by Email
About this trip Itinerary Accommodation
Imagine taking in the lush green environment around you as you sit in the shade of an ancient olive tree, the rolling mountains, the beautiful sea and  the relaxing spa’s, a place to bask in the sun on a quite beach, or walk along a cobblestone lane still echoing with footsteps of history. Its mystical atmosphere takes the visitor far away from the frantic world we live in today.
Thanks to the abundant water and the fertile soil in the Galilee’s valleys, this region has been relatively densely populated since ancient times and today has the largest variety of ethnic communities in Israel.
There are Druze villages (Beit Jan, Peki’in) and Circassian (Reikhaniya, Kfar Kama) who preserve their ancient traditions; there are Arab villages with Muslim majorities (Kafr Yasif) or Christian majorities (Fasuta), or some with an equal balance (Ma’alot Tarkhisha). 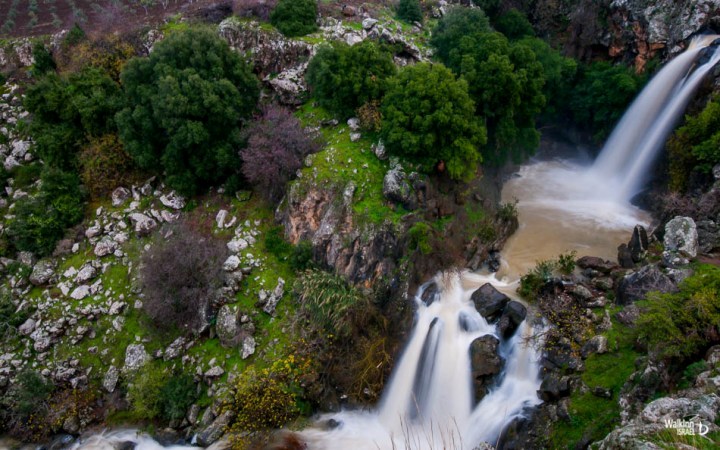 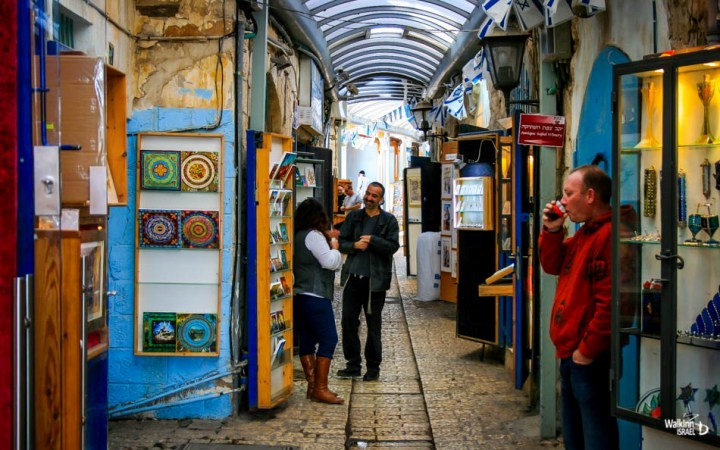 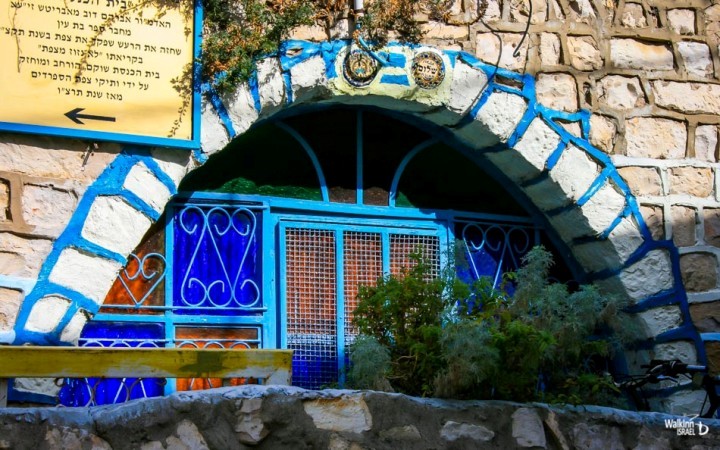 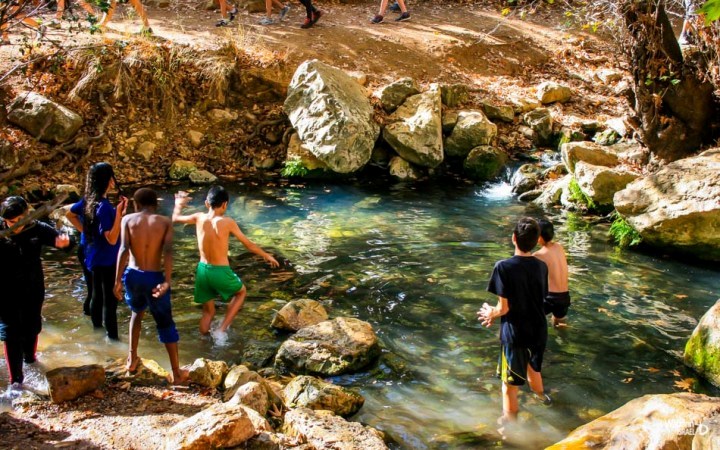 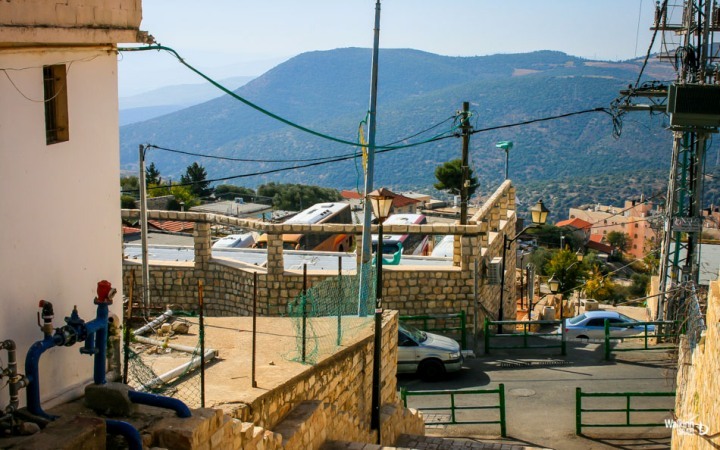 Starting/accommodation point: Gesher Haziv
Day 1: Nahal Kziv to Abirim. Start at the entrance to the Nahal (stream) Kziv Nature Reserve near Moshav Avdon. A car shuttle will take you from Gesher Haziv to the trailhead point. Today´s trail is all nature, wading and rock hopping in the stream with the noise of trickling water and sounds of birds accompanying you along the way. This is a day in which you will learn about the fauna and flora typical to the Mediterranean, you will discover a tenth century Crusader fortress and you can relax by the cascading waters of the springs. The end is with the up climb from the riverbed to Abirim. A car shuttle will take you to your accommodation in the druz village - Hurfeish. 15km, 5-6 Hrs
Day 2: Hurfeish to Beit Jann. The Trailhead is very close to your accommodation near the sacred compound of Nabi Sabalan. The trail continues along the upper part of Nahal Kziv and enters the Mount Meron Nature Reserve. Take in the dramatic landscape with a combination of deep streams and dense Mediterranean undergrowth. The considerable variety of local population - with Druze, Christians, Jews and Muslims living together sometimes even in the same village - is fascinating. The path winds past springs and holy places, including several relatively steep up climbs and down climbs until you arrive at your accommodation for the night in the village of Beit Jann.  13km, 5-6Hrs
*Optional - include a visit (detour) in the multiculture village of Peqi´in (recommended). 17Km, 6-8Hrs
Day 3: Beit Jann to Amirim. The starting point is in the accommodation within the Druze village of Beit Jann; Mount Meron Nature Reserve, where the trail passes through today, is the second highest peak (1,200 m) in Israel after the Hermon and the path reaches approximately1000 m. Spectacular views and vantage points that cover large parts of the Galilee are adequate reward for the demanding trek. You can be sure of a warm welcome when you arrive to unwind at Amirim whose residents are vegetarians and vegans. 14km, 5-6Hrs
Day 4: Amirim to Safed. A car shuttle takes you to the trailhead point; an easy day of walking at a leisurely pace in a stream with plenty of flowing water ending in Safed. Leave time to explore the alleyways of the Old City, the artist colony and soak up the unique atmosphere of this city. It is one of four holy Jewish cities and is also the place where the Kabbalah (Jewish Mysticism) was created. After you´ve finished poking around and taking pictures it is recommended to use your free time to rest and prepare for the long day ahead. 8km, 3hrs (not including the tour of Safed)
Day 5: Safed to the Sea of Galilee. Today´s trail is varied with a considerable amount of transitions: from a height of 750 m above sea level to 220 meters below sea level, between different vegetation types and varying climates. The trail passes along Nahal Ammud Nature Reserve that changes as you go along, showing geological formations (one of which the stream is called after - "The Amud" - pillar) and passing prehistoric sites. End on the shores of the Kinneret (the second Sea in from Sea to Sea) at the village of Migdal where Mary Magdalene came from.  21km 8-9Hrs; (Optional - 17.5Km 6.5-7Hrs)
Gesher Haziv Travel Hotel
Go to website >> >>
Hapisga Zimmer in Hurfeish
Go to website >> >>
Al Jaramak 2000
Go to website >> >>
Eretz Hagalil Zimmers
Go to website >> >> 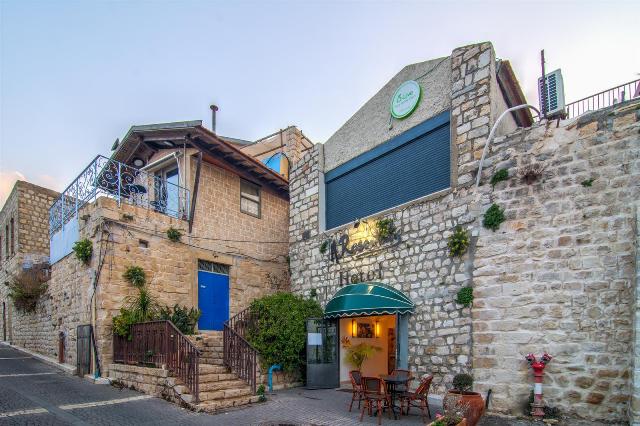