Download Map >>
Only: 5$
Call our 24/7 customer service:
+972-72-393-1583
Or
Click here to contact us by Email
About this trip Itinerary Buy Map
Did you ever see an almond tree up close and personal? Would you like to see one in bloom? Plan a hike to the Gush Halav (Jish in Arabic) Stream in February or March and you will be given the chance of a lifetime. The hike is not only famous for its spectacular almond tree blossom stop, but also for an ancient synagogue, a mausoleum, an ancient burial place and a beautiful natural pond and stream you will get to see all in one hike. The Gush Halav (“abundance of milk”) track is definitely packed with a lot of interesting things for tourists and locals alike. Speaking of locals, a short trip to the village Jish and a friendly encounter with the locals should bring you face to face with some of the world's tastiest hummus. Just what you needed to finish off a short, relaxing hike in Israel.
IMPORTANT: Use the GPS track file for the first part of the hike, as there are no marked trails on it. 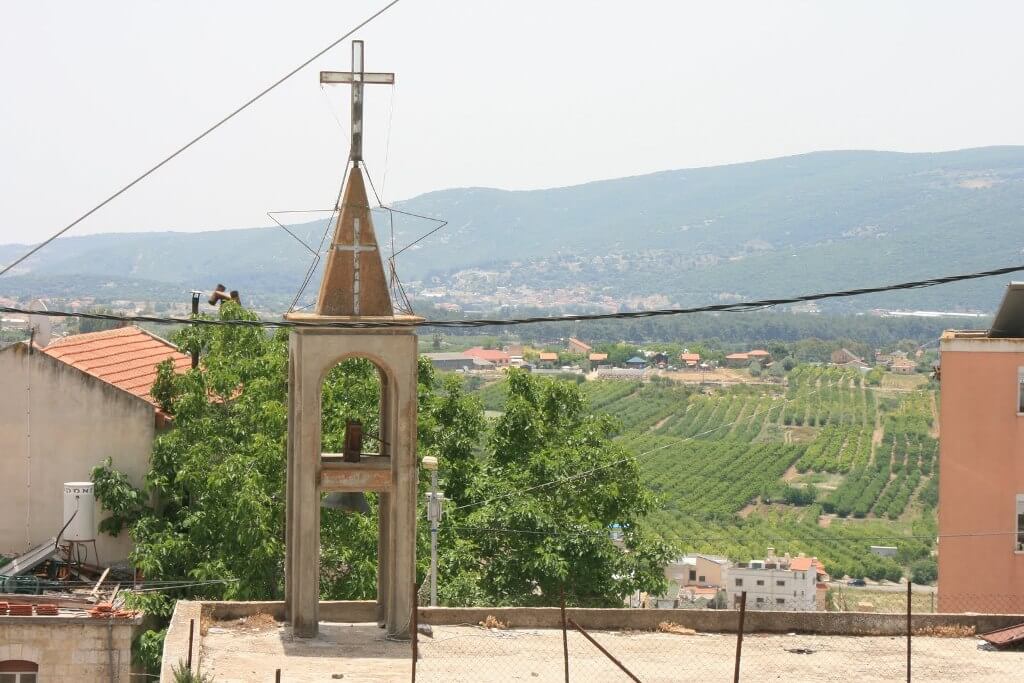 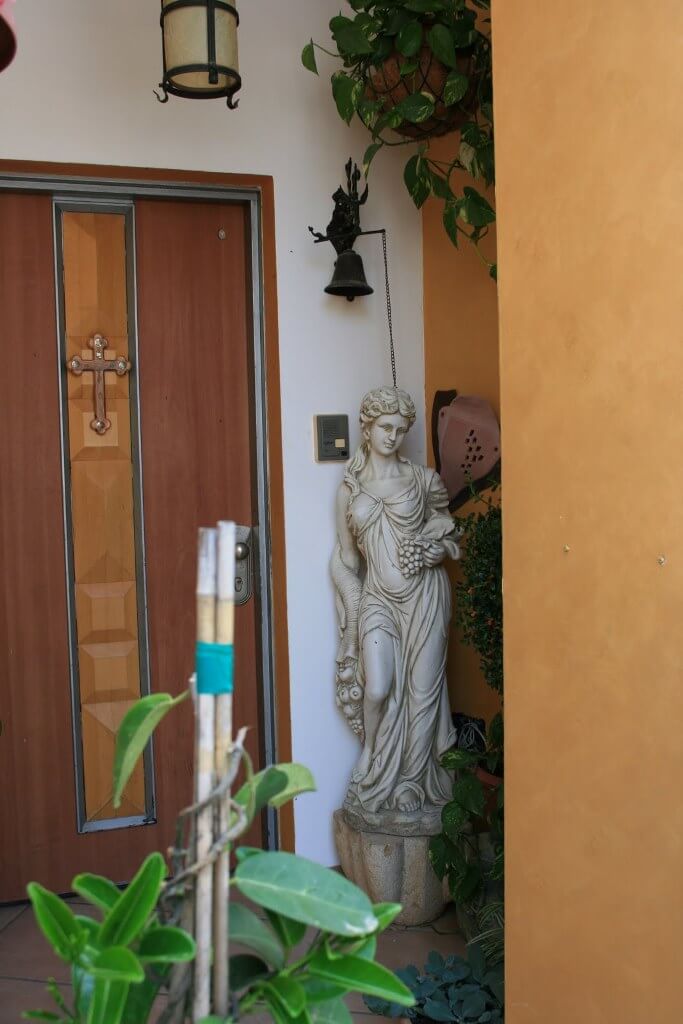 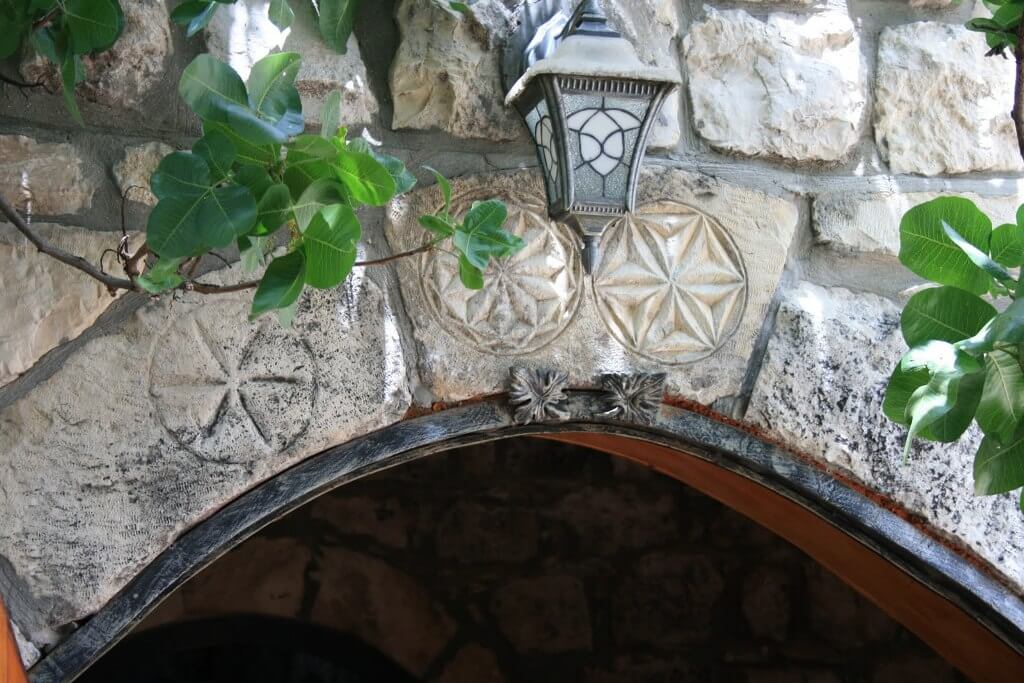 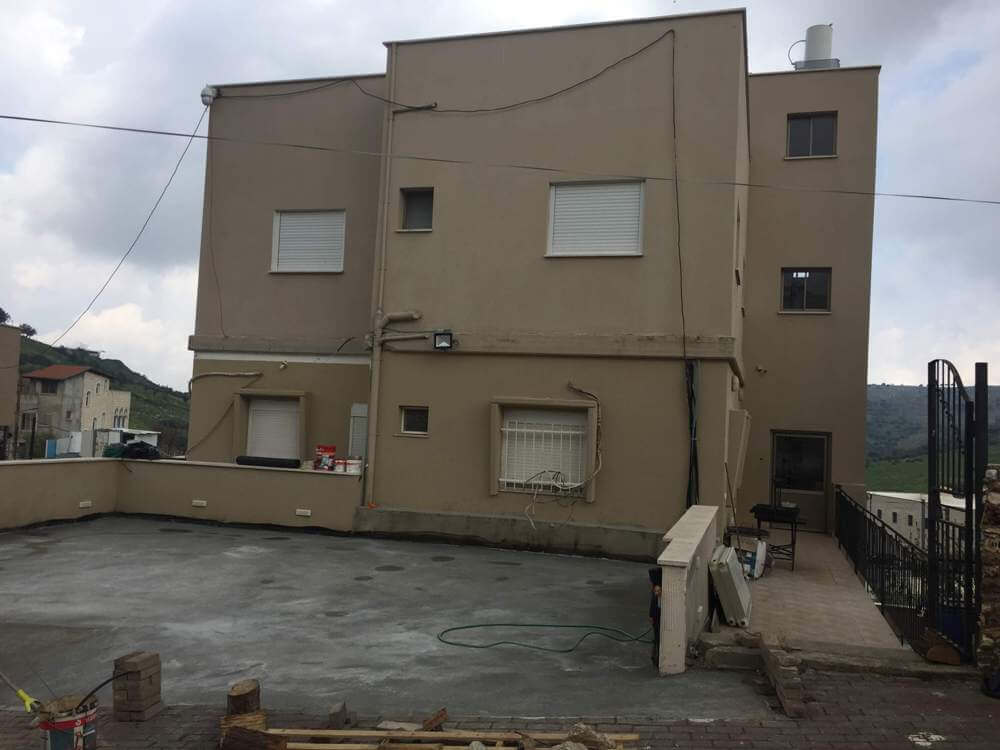 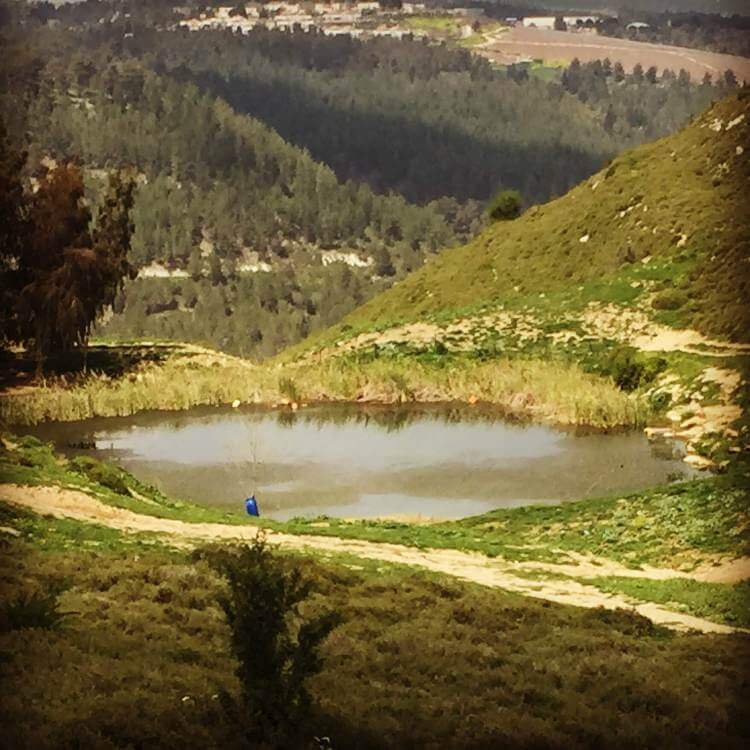 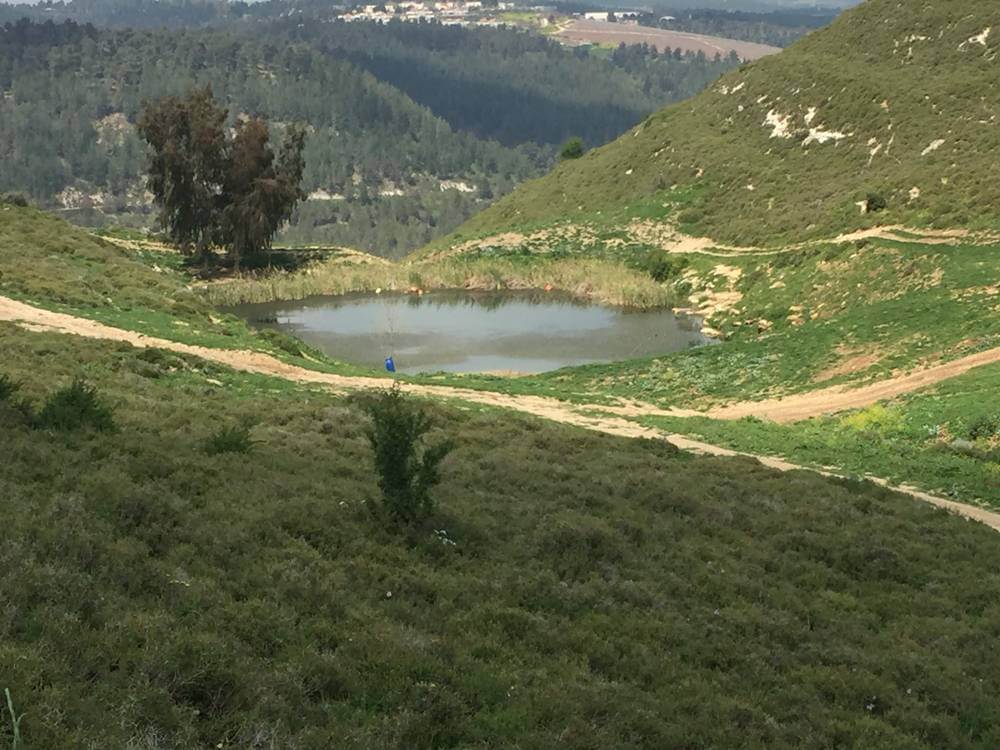 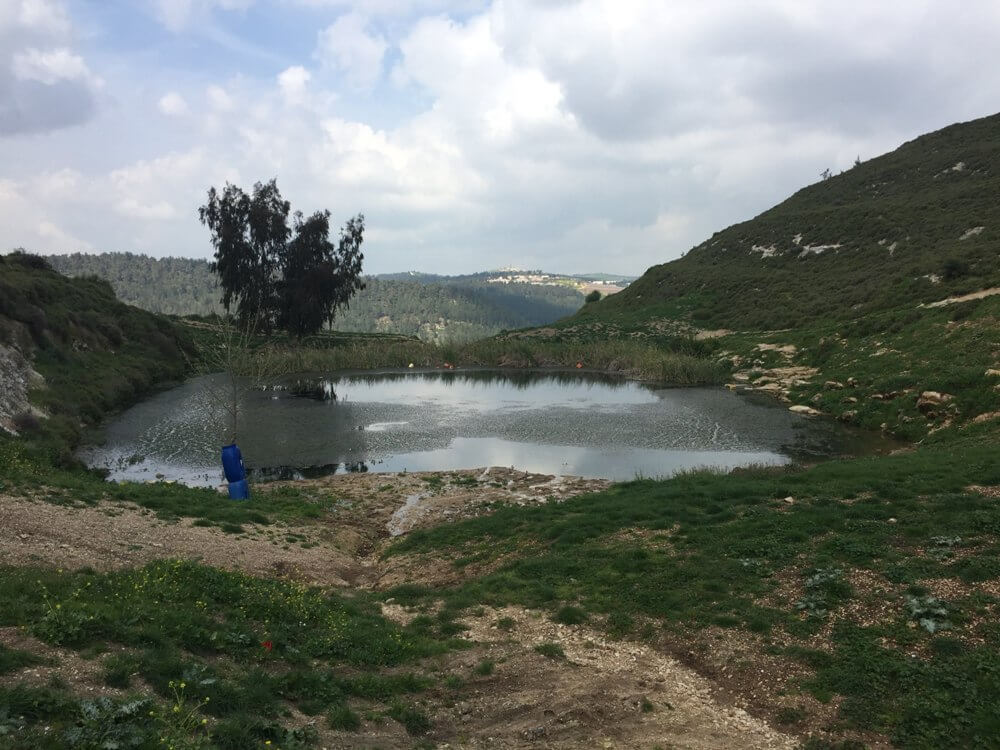 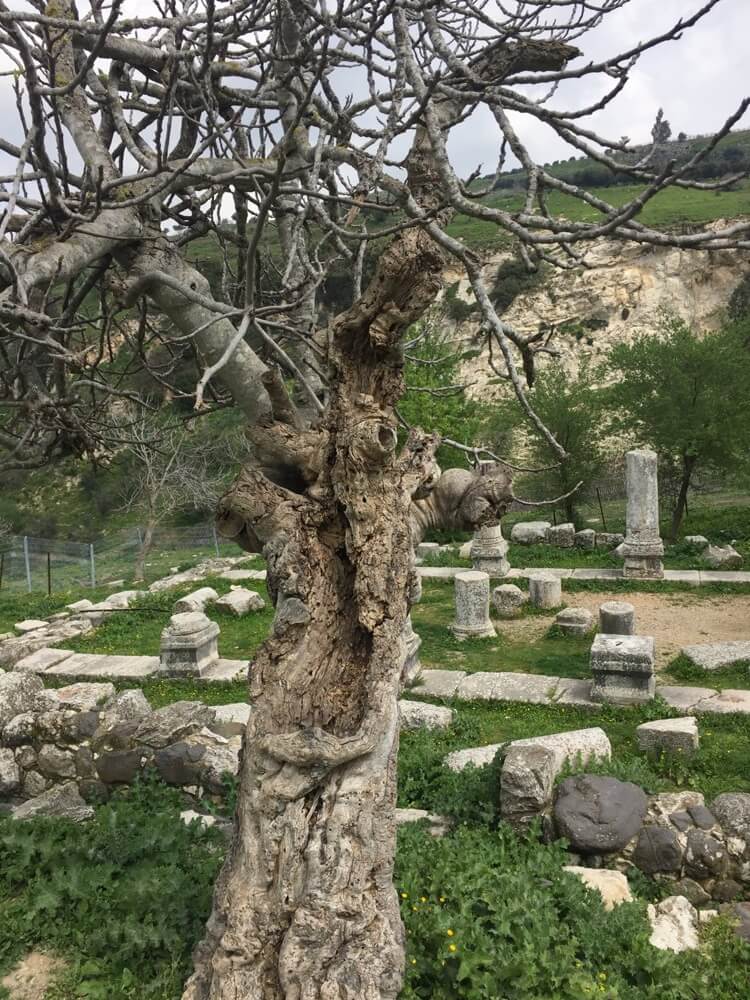 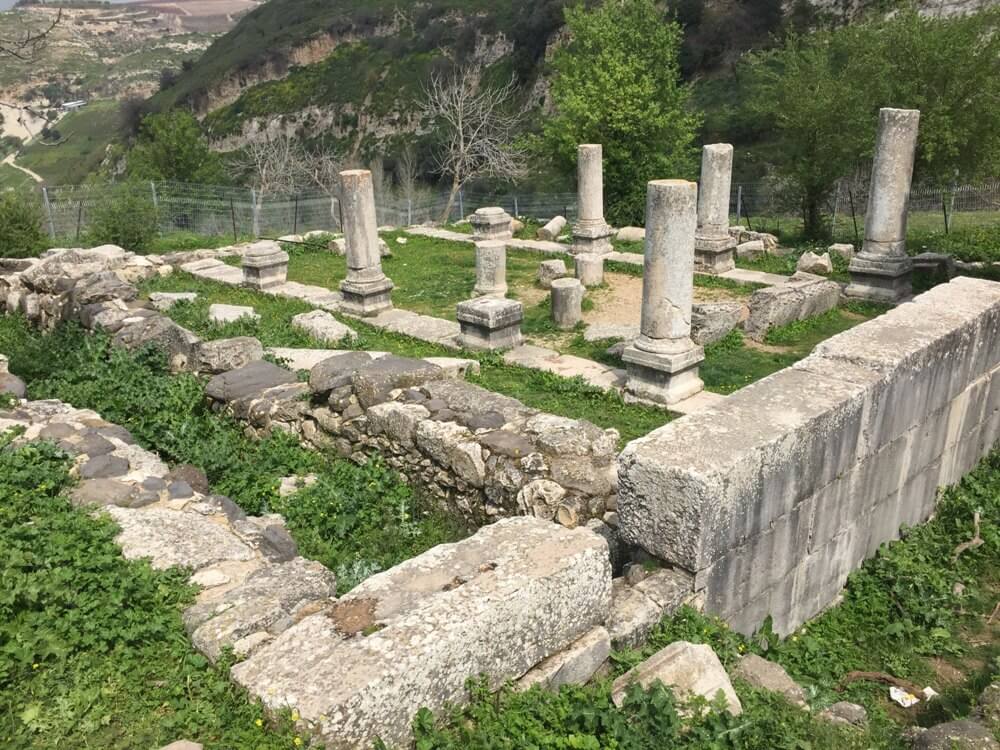 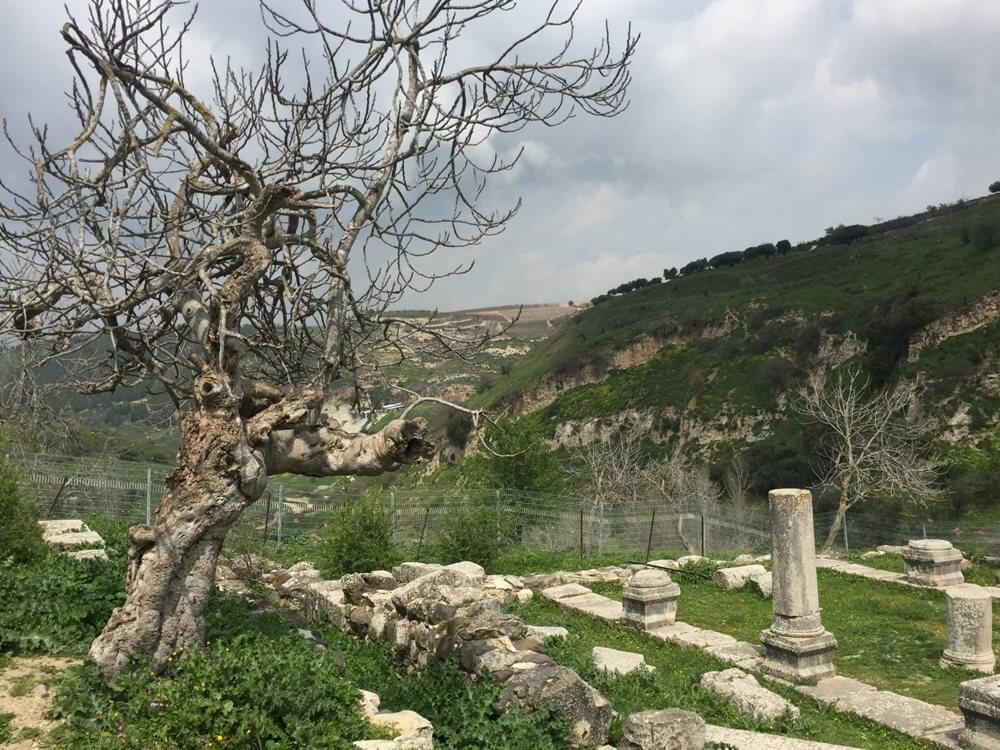 3,000 years old Gush Halav is part of the Upper Galilee and it is found on the slopes of Mount Meron in the North-East. Archaeologists have found ruins of the Caananite and Israelite remains dating back to the Early Bronze and Iron Ages, along with a historical synagogue, an impressive mausoleum and ancient caves used as Jewish burial places (dating all the way back to the 3rd to 6th centuries). Gischala (Greek for “Gush Halav”) appears to be the last city in the Galilee that was captured by the Romans in the first war between the Jewish people and the Romans. The ancient synagogue is believed to date back to the era of the Second Temple period and its architecture is similar to the one usually seen in synagogues in the Galilee. There is even an inscribed column in Aramaic that reads “Yosseh Bar-Nahum Abd al-Hadan had her blessing.”
Some historians claim the name of the village is strongly connected to the light color of the limestone used by the locals, which was a powerful contrasting color compared to the red that characterized the neighboring Ras al-Ahma village. The locals were also famous for the exquisite olive oil they manufactured, as well as their precious silk. There is even a secret network of caves and secluded passageways in Gush Halav, most of them right under locals´ homes.
The Hike
Start your hike to the Gush Halav Stream from the center of the village Jish and go uphill following the picturesque alleys to the upper part, all the way past the last inhabited houses, where the paved road now leads to a dirt track. (2) Take the dirt track to the upcoming junction (3) and turn right to reach another dirt road. You should soon notice a Black trail mark signaling a road joining from the left. Ignore it and keep following the dirt track until you see the winter pond Ha’ain Hakuchla appearing in front of your eyes. The name of the pond means “the blue eye” in Hebrew (4) and it is a pond with a diameter of 50 meters that is naturally formed with the help of rainwater. During the spring and winter, the water in the pond is crystal clear and perfect for swimming. However, in the summer and during fall, the water gets filled with seaweed. However, the area is still great for pulling out your snacks and enjoying a quiet lunch on the inviting green meadow nearby.
Once you are ready to leave the spectacular pond, you will need to prepare yourself for the next part of your hike. Brace yourself, things are about to get a little tricky, as you will need to find your way down the unmarked trail. We strongly advise you to simply follow your GPS instructions along the dry wadi trail and see it get reunited with the Gush Halav Stream (5). Get ready to see your first almond tree in bloom, provided you have decided to hike here in February or March. The Gush Halav stream is one of the hidden gems you will find in the Upper Galilee region. It is one of the less crowded streams you will find in Israel all year long, so if you are looking for a more discreet hike, this trail is worth considering.
Look for the Green trail marks alongside the stream and follow them up the stream and you will find the ancient Synagogue of Gush Halav. You will also get to see a few old watermills on your way. Follow the lead of the Green signs and you should easily reach the center of the village.